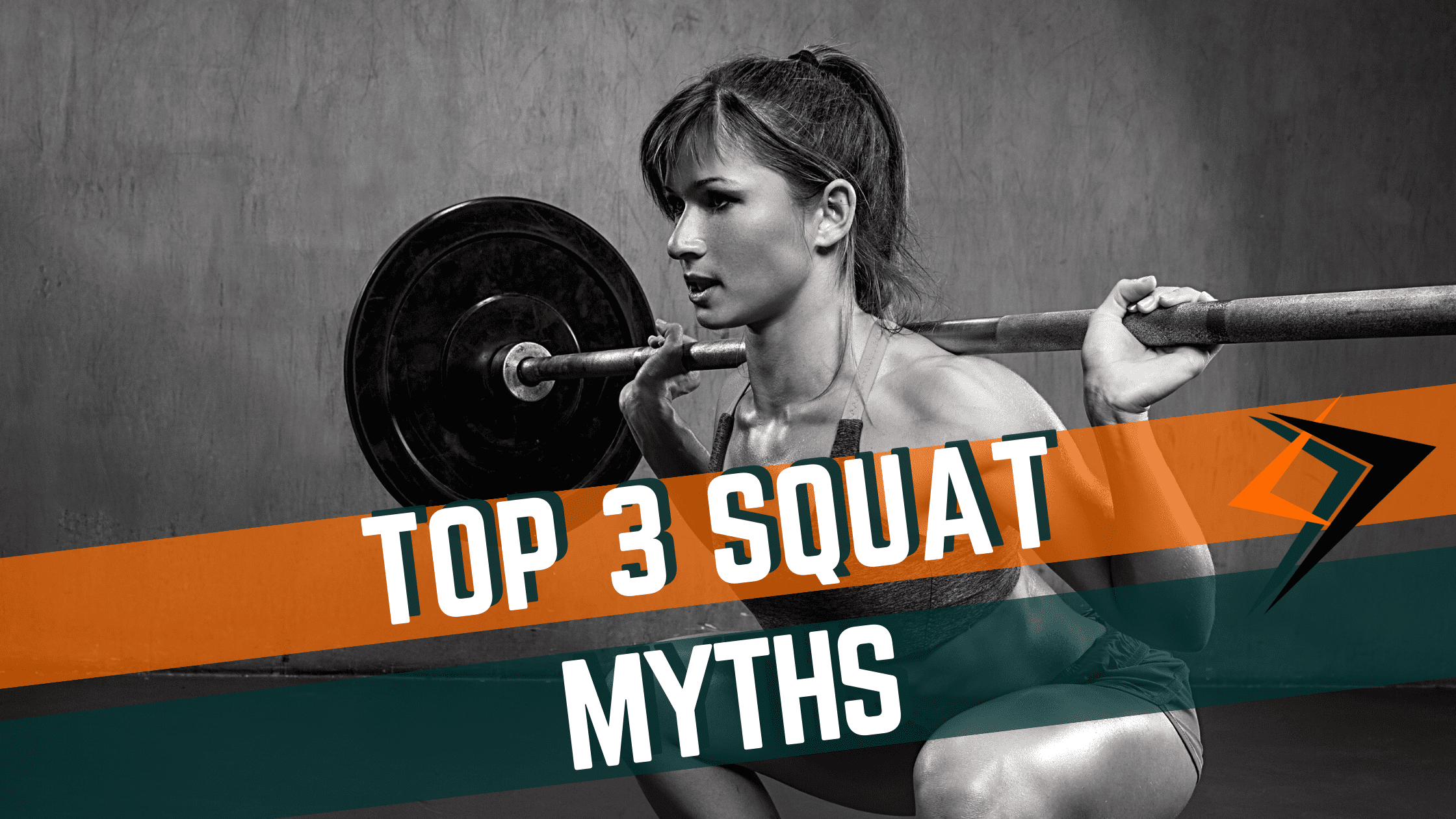 We often see clients who were told by other medical providers that your back, hips, knees, etc are bad so you should not squat.  Should this person also not use the bathroom?  Should they not sit to have meals with their family?  Is sitting to read a book or watch T.V. also out?  The squat is a foundational human movement.  The squat being dangerous is one of our top 3 myths. Therefore, instead of squats being avoided, they need to be trained by almost everyone.  Like most things in life, the squat can be dangerous when performed dumb enough.  If you have never put any weight on a squat, I am not recommending a 405 back squat on day one.  Same as I wouldn’t recommend someone with a recently broken foot to practice jumping rope.  Putting a general blanket statement to avoid a foundational human movement is what I find to be dangerous

Squat Myth 2: You shouldn’t squat to full depth or below parallel.

Hagen Hartman and his colleagues put this one to bed with their 2013 landmark paper.  Or so we thought.  It still seems to keep lingering around.  Basically their study showed this recommendation was based on a misinterpretation of old data.  It caught on like wildfire and it took many years before Hartman and his group challenged the myth.  They found that forces on the knee are actually greatest right at 90 degrees where many people have been instructed to squat too.  However, once squatting past 90 degrees, forces are dispersed throughout other structures and there is less force directly on the knee.  Beyond this, studies also show that squatting to full depth causes structure in the knee to become more robust and able to handle more stress.  In addition, Olympic weightlifters who squat to full depth regularly have relatively few knee injuries compared to other athletes.  When they do have pain in their knees, 95% of the time it is transient and goes away within a day.   Use it or lose it wins again.  If you regularly train the deep squat your tissues adapt, become more robust, can handle increased load, and get injuries less often.  If you never move into a deep squat, but life hands you a situation that requires one; you may be in trouble.  You shouldn’t squat to full depth is a myth.

Myth 3: Your knees shouldn’t go over your toes.

This idea was good in theory.  If we don’t let the knees go forward we can decrease the force and therefore maybe protect the knee.   Unfortunately, no one looked at the downstream impact of this cue.  If the ankles don’t flex and the knees don’t go over or towards the toes, there is a 1000% percent increase of torque at the hip.  Yes, a 1000% percent increase of torque at the hip.  In addition, you are only decreasing the torque at the knee by 22%.  This is a bad trade. Furthermore, if you’re performing movements like overhead squats or snatches, sending the hips back and not allowing the knees to translate forward, you can put the shoulders in challenging positions.  This has led many coaches and my friend, the Barbell Physio, to avoid using the cue hips back and instead using the cue hips down.

Squats are an important foundational exercise.  Squatting to full depth is safe and actually protects against injury.  The knees going over the toes is fine and actually reduces forces on the hip and low back.

Lower Back Sore After Deadlifts? Try These Movements for Relief!

Top 5 Exercises for Back Pain During Pregnancy

3 Ways to Improve Your Running Health